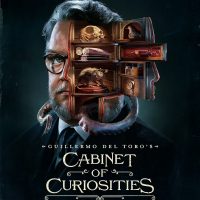 Happy Halloween! Guillermo del Toro's Cabinet of Curiosities recently released on Netflix. This horror anthology features eight episodes written and directed by del Toro or other collaborators, and each was scored by a unique composer as well. I was happy to be asked to score the first episode, "Lot 36," and had some fun returning to the horror genre with del Toro – one of our earliest projects together was for some additional music on Crimson Peak. This episode is all about a mystery…
Read More 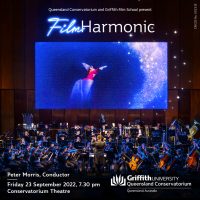 Maya and the Three: Live in Concert!

Okay, I'm quite pleased about this one. A little while back I was contacted by Peter Morris, Assosciate Professor and Head of Ensembles at the Queensland Conservatorium Griffith University, my old stomping grounds. Peter has put together a number of programs of live-to-picture scores, and he was wondering if we might create some kind of suite from Maya and the Three to include on the program of this year's concert: FilmHarmonic 2022. I was happy to go along, and so that kicked off a series…
Read More 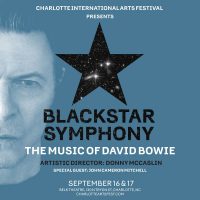 Besides the usual film and television work, I've also had a number of arranging projects come my way this year. A number of them have been for my friend Jules Buckley. The first was a concert in June with the BBC Symphony Orchestra titled "Beyond the Bricks of Brum," celebrating the city of Birmingham. I arranged a few tunes for SANITY and also composed a piece to play with a poem by Casey Bailey. The BBC Symphony Orchestra: Beyond the Bricks of Brum Then a…
Read More 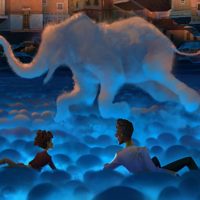 Summer 2022 has been busy! This weekend (September 8!) Cars on the Road will debut on Disney+. This was one of the first projects to kick off the latest batch of new work. Jake Monaco scored this new series from Pixar, and I orchestrated and conducted. Prey also recently released on Hulu. I played a small role in helping with Sarah Schachner's score for this one shortly before we got into work on Cars. We got to make a lot of cool sounds, including some…
Read More 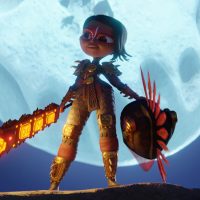 Maya and the Three Score Videos

I've put together a few more videos of cues from Maya and the Three to give you the chance to see how it's all put together (and of course showcase our musicians!). The Divine Gate The Greatest Wizard The Moon and the Sun As before, thanks to everyone involved in making these!Composed and Conducted by Tim DaviesThemes by Gustavo Santaolalla Guitars - Nomad Woodwinds - Ashley Jarmack Vocals - Suzanne Waters Violin - Maxwell Karmazyn Orchestrated by Jeremy Levy and Lorenzo CarranoMusic…
Read More Grammy-nominated composer, arranger, drummer and band leader Tim Davies formed his first big band in 1998 in Melbourne, Australia. Its run was cut short by Tim's move to Los Angeles, but since 2000, Davies has released two recordings with his top­flight LA band of seasoned session and touring players.

For The Expensive Train Set, Davies comes full-circle as he resurrects the Melbourne group and features both bands on four tunes each, with one new composition written for the two bands performing together. Davies creates arrangements grounded in the traditional, while adding elements from many influences to create a sound that is wide-ranging and cinematic a sure consequence of his award winning career as a major orchestrator for film, TV and events.

Listen to the Album Buy Now from Origin Records
Order from Amazon.com Download from iTunes

I have been thinking about writing a book about orchestration and notation for quite a while. The problem with this idea is time; it would be a long time before I got everything I wanted to say organized. Books are also an old medium, and do not allow multimedia and interaction. It then came to me that a blog format might be a better way to go, so here it is.